Okay, don’t judge me. But I don’t do BIG first Birthday parties for my kids. I didn’t have one for our first child, Bowen, and we decided against it for Frankie as well. Before you think I’m the worst person ever, I will start by saying I have nothing against Birthdays in general, or parties or going to first birthday parties! If you are one of those people who goes all out and loves every second of it- more power to you! Some of the amazing themes and details I’ve seen people have pulled together for their kids is so impressive! So to be clear, this post is not about hating on that. I just wanted to share why it’s just not something I believe in doing for my own kids.

Initially, it wasn’t really a conscious decision not to do “First Birthdays”. In fact, with Bowen, we just happened to be travelling that day to get to a family vacation, so it was more a product of circumstance than anything else. That being said, was I torn up about the fact we didn’t have a big party? Not really! I didn’t have the pressure of over-spending to try and make every detail perfect. I didn’t have to worry about cramming 75 people into a small space, to celebrate a baby that would have no idea what was happening. At that point in our lives, most of our family friends didn’t have kids, so I would have felt bad asking them to give up precious downtime on a weekend, and spend money on unnecessary gifts. Bowen went on to have another low key second birthday (we were on holidays again), a simple family- only party for his third, and then a fairly chill Dinosaur Craft Party this year with his friends. Did he miss out? Maybe. Did he know he missed out? Most certainly not. Is he a well adjusted, happy four year old boy? YES.

This time around with Frankie, It was absolutely a conscious decision. After seeing how well it worked out with Bowen, it was a no-brainer.

Now, I should clarify, I’m not saying we did NOTHING to commemorate our children’s first birthdays. On their actual Birthday we always get a fun cake and blow out candles. We make sure to celebrate them and have a special day, we just don’t break the bank doing so!

Another thing we chose to do with both children was a little “cake smash” photo shoot with cute balloons and cake. That way, when the kids are older and want to look back on their first Birthday, they can have those images as a momento!

So, without further ado- here are some of the sweet images from Miss Frankie’s cake smash shoot! We got this adorable Balloon Garland from Bella Balloons and Styling and the cake from one of our favorite Bakeries- Sugared & Spiced. 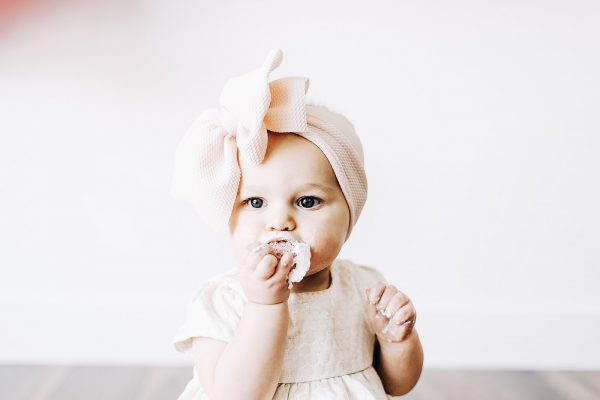 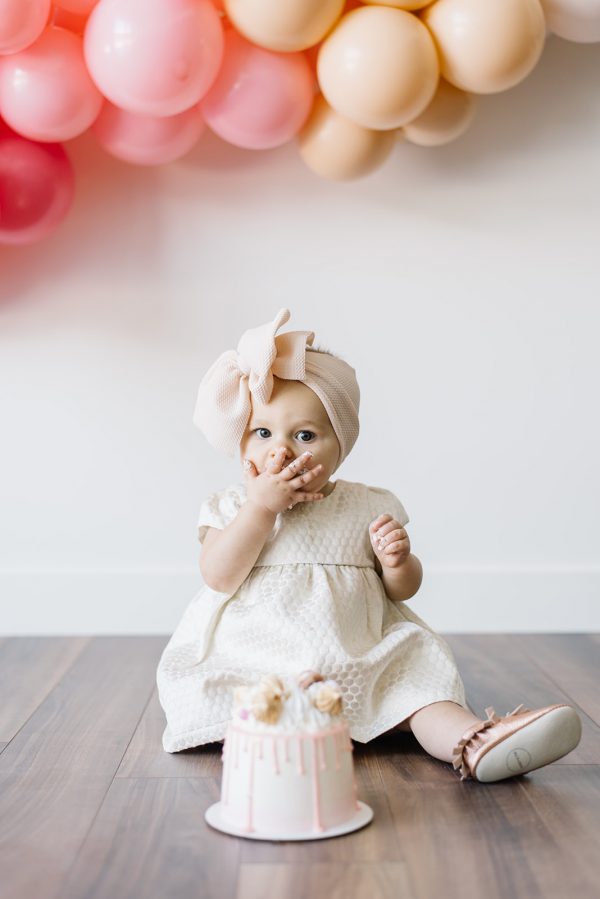 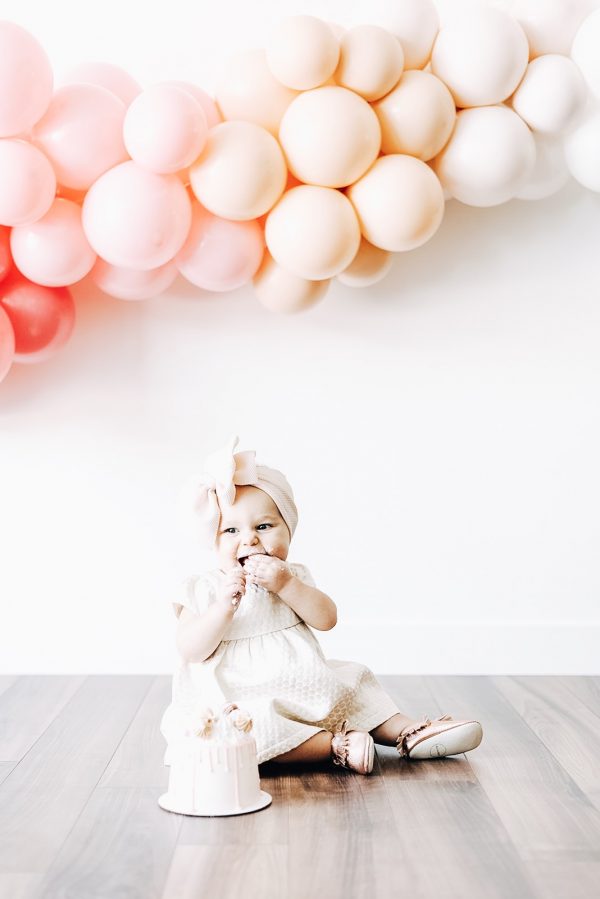 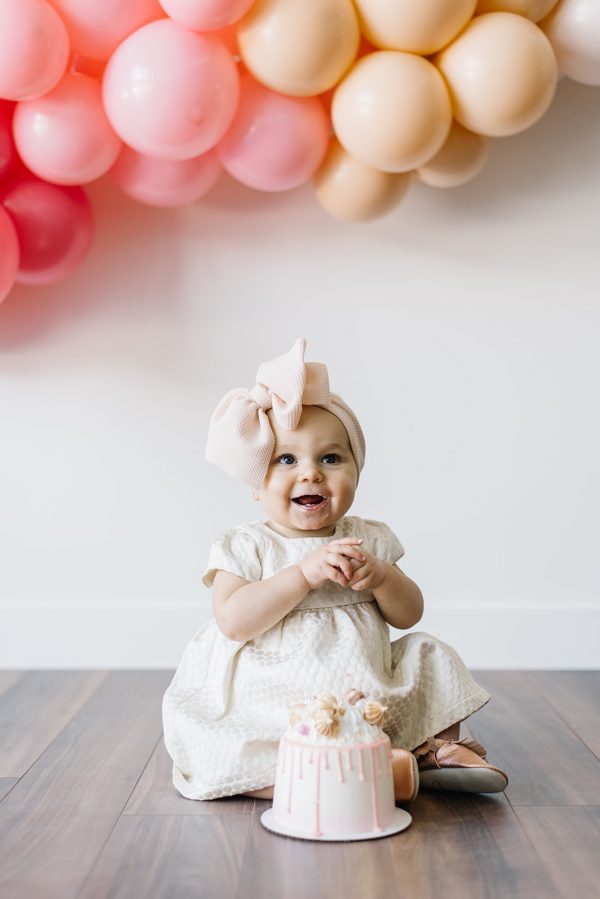 All photos by Tracey Jazmin.

I want to re-iterate that by no means am I anti- first birthday parties! This is just what works for us in our family. I wanted to share because I know there are parents out there crumbling under the pressure (and financial strain!) to do over-the- top parties for their kids, for fear that they are a bad parent if they don’t.

So- have a big party! OR cut your self and break and scrap it! Just never forget that you are a wonderful parent, either way!