Ever thought about flipping houses on the side? In this economy, who hasn’t! In theory, it may seem a simple enough concept- buy a fixer- upper for a low price, upgrade the house, and sell for a higher price ( helllloooo, profit!) But, for those of us that aren’t real estate savvy, or don’t know their way around a tool box, the idea can be quite daunting!

That’s why we’ve brought in the experts! We sat down with Kourtney + Dave from HGTV’s Masters of Flip, to get their top advice on flipping- and also get the low down on how they make such a successful pair off set!

What began as two separate musical careers has become a lifelong partnership for Kortney and Dave Wilson. After trading in their microphones for tool belts, the Canadian-born Nashville couple began flipping houses while raising their children, and in the process, have become two of television’s favorite home renovation experts.

In 2009, CMT Canada debuted a reality show called “Meet the Wilsons”. For two seasons, cameras followed the couple and their family on their house-flipping adventures. Soon after, Kortney and Dave began interacting with their fans as hosts of their own daytime talk show on CMT’s, “Kortney & Dave: By Request”. Since then, Kortney, an award-winning Realtor and design visionary, and Dave, a tireless flipper with a nose for profit, have become the stars of the hit HGTV series: Masters Of Flip. Now in it’s fourth season, the series follows the witty husband and wife team through the mess and stress of renovation, the magic of transformation and the anticipation of enormous profits, as they breathe new life into old, run-down Nashville homes.

The hometown of country music has been experiencing a dramatic resurgence in both new home starts & renovations and house flipping masters Kortney and Dave Wilson are leading the charge; renowned as much for their acute knowledge of the local real estate market as for their artistic design in transforming run-down disasters into stunning one-of-a-kind family homes. 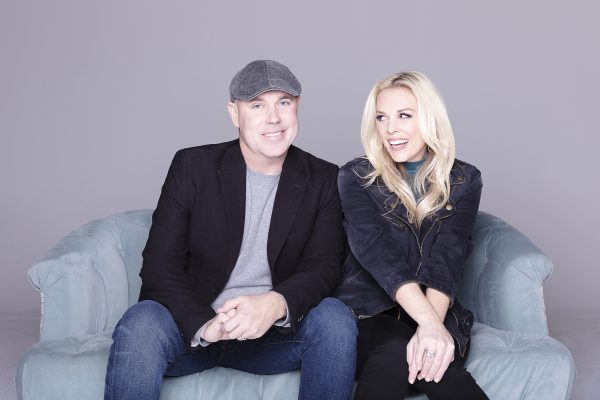 What motivated you two to make the career change from music to house flipping?

D: It really wasn’t a conscious career change.  Our house in Nashville flooded while we were in Canada for Christmas and so we took the insurance money and remodelled.  Our agent, at the time, thought we did a good job and suggested that we might be good house flippers.  We bought our first house a few weeks later.  We used house flipping as a way to substitute our income as musicians.  As our kids got older and we wanted to be home more, we shifted to singing less and flipping more.

Do you have an all time favorite “flip?”?

K: We were just talking about this the other day and didn’t agree on just one.  I love the houses where I have pushed the envelope on color.  This season, we have a couple that is definitely in my top 5, but of things that have already aired, I absolutely love the Bohemian Victorian with the infusion of a bunch of colors, paired with the character of some of the older elements like the brick, the front porch, and the old mantels. Dave likes the houses that are a little moodier!

What about a project that still gives you nightmares?!

D: I didn’t love flipping the house that was half done already.  Fixing other peoples mistakes that were too good to tear out, but too bad to keep was a bit of a nightmare!

K: For me, I  would say the farmhouse from last season with all of the apartments.  It was a nightmare dealing with the historical commission of Nashville to rebuild the porch and we were really taking a house that was broken up into 6 apartments and bringing it back to a single-family house.  That was tough.

You guys have a hit show on HGTV, an amazing Book, “Live Happy”, and are developing a housewares line, kort & co! How do you do it all while still making time for three kids?!

K: I have great time-management skills – ha.  I don’t do a lot of things well but that is definitely my forte.  I don’t spend a lot of time making decisions.  I’m a do-er and I can get it done in the time that others are reflecting on something. I work my butt off when I’m awake, but the pay-off is that I sleep like a baby at night.  I also know when I’m burning the candle at both ends and treat myself to some downtime to refuel.  Knowing when to stop and take a breath is part of being productive. 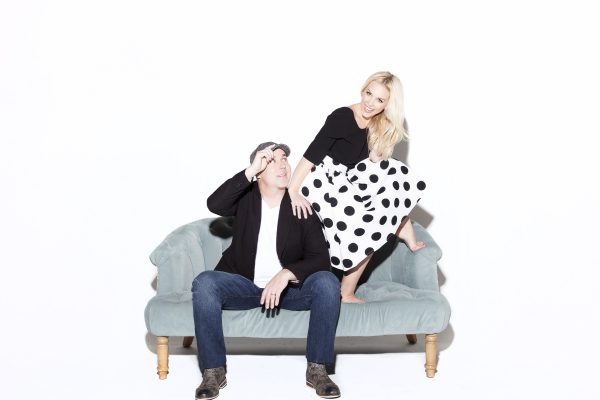 What is the best part about working with your spouse?

D: We have accomplished great things together, but not without some downfalls. We have had to learn how to trust in each other and not to micromanage every move along the way, even though we are business partners. Being able to leave table things so we can enjoy our time together as a family after the kids get home, is essential but on some days, more like a dream. It doesn’t always happen and that can be frustrating for both of us. We have to roll with it.

Sooo.. would you recommend working with your husband/wife?

K: Do we recommend it? Hmm, that’s a tough call. It’s not for everyone. We have grown closer to each other and learned what makes us tick (and blow – ha), but Dave is one funny guy and my day is always filled with a few good laughs. It works for us!

We have been following along some of your sneak peeks of Kort & Co on Instagram (and LOVING everything we see!) can you tell us when the line will be available and where we can find it?

K: We are working on those details right now and unfortunately can’t make an announcement about the new line but I’m loving everything so much and want it for my own house – ha.  I can’t wait to share the designs and to see that label in stores across North America. We are trying to incorporate tips on the packaging to make it easier for people to make decisions that may come easy to designers but seem confusing when putting your own room together.

What would your number one piece of advice be to those interested in starting to flip houses?

D: Do your due diligence.  All too often people go with the first contractor they meet with and it’s important to do some digging.  Speak to references, go and see their projects and lay out (in writing) the expectations so you have something to fall back on.  Don’t expect that things will go smoothly but by understanding the process, it may not seem as stressful when things come up.

For more Flip- Tips and renovation advice, you can catch Kourtney + Dave Live on the Main stage of the Edmonton Home  + Garden Show at the Edmonton Expo Center Coming up on March 21-24 2019!

*This post was created in partnership with the Edmonton Home and Garden Show. As always, the content and opinions presented are our own*